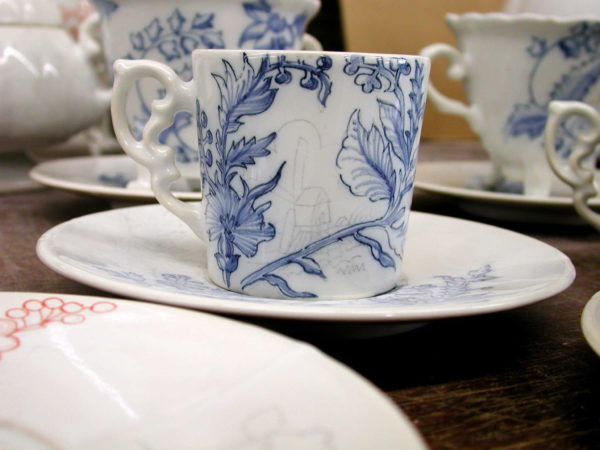 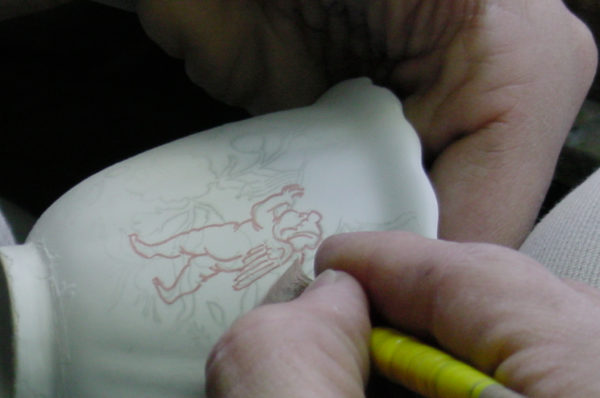 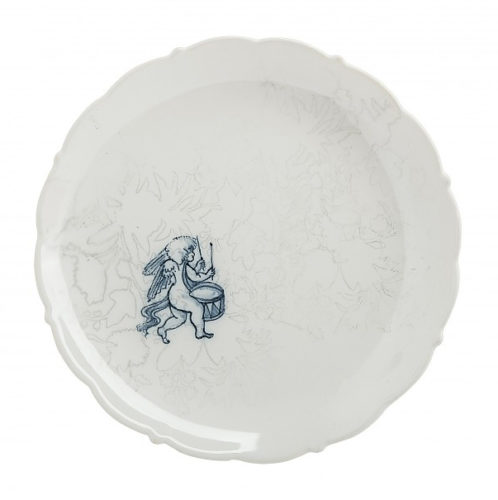 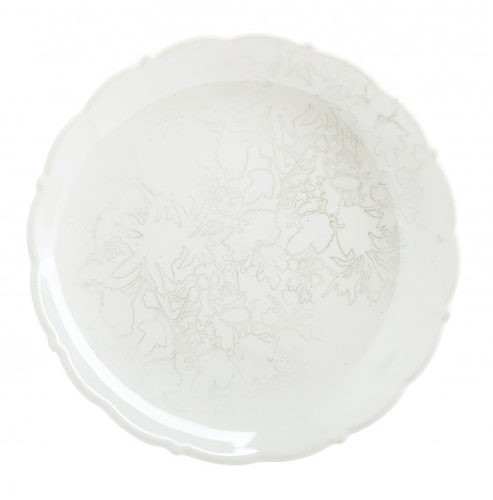 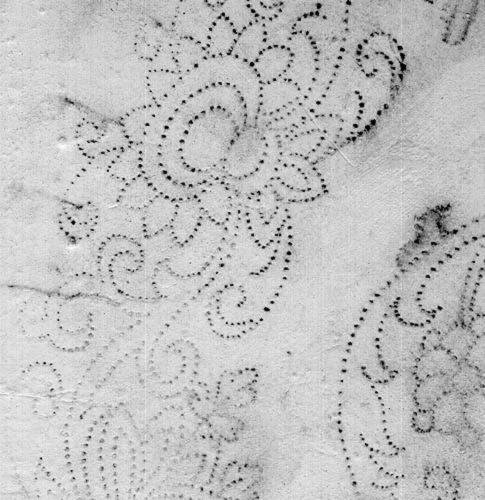 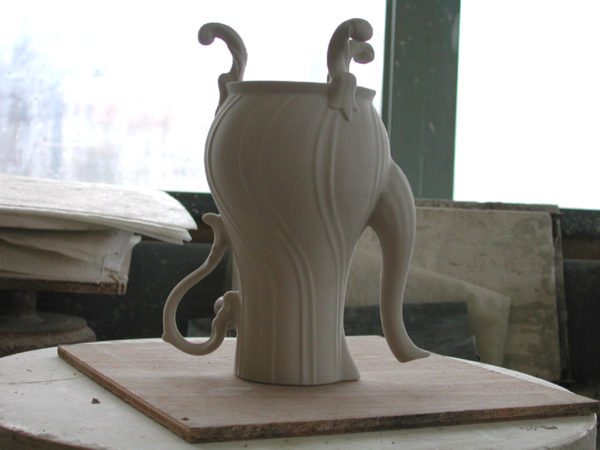 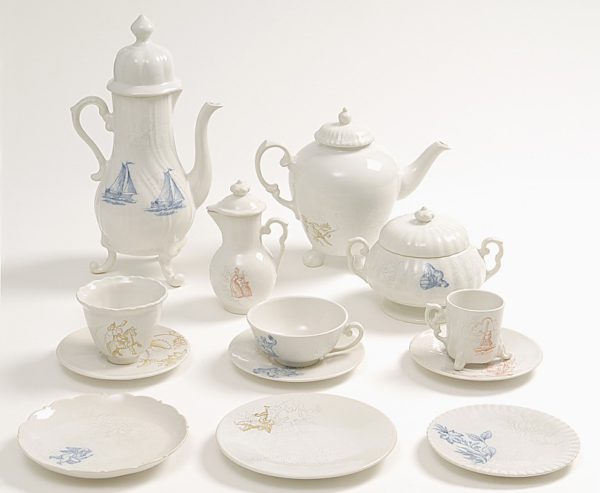 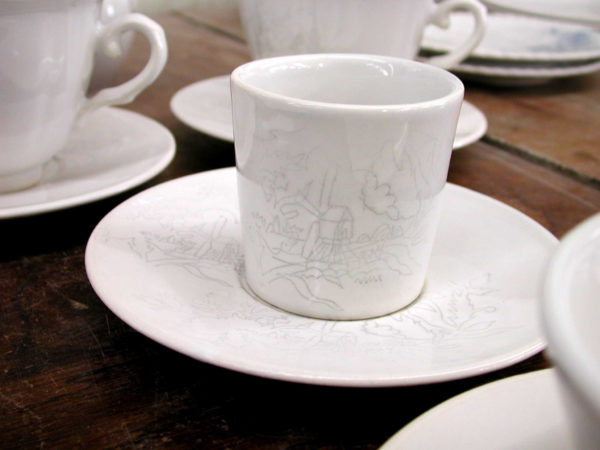 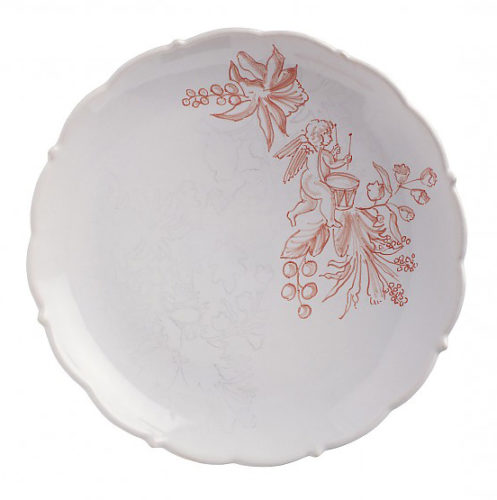 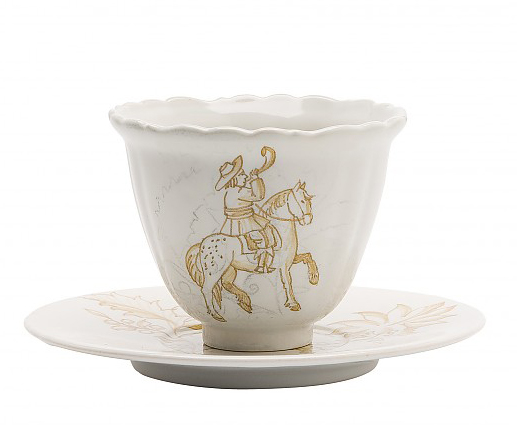 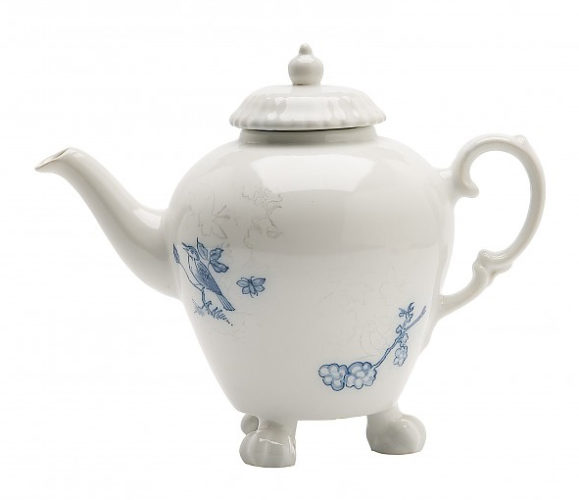 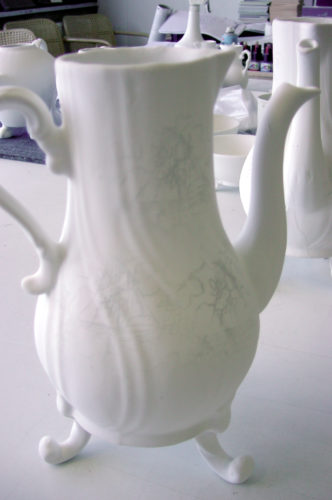 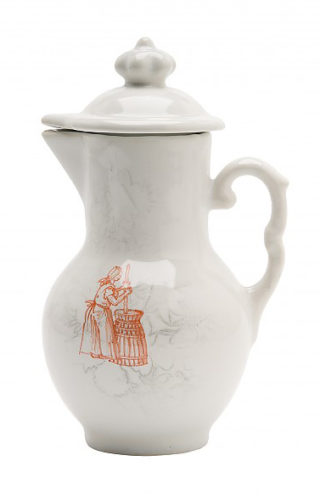 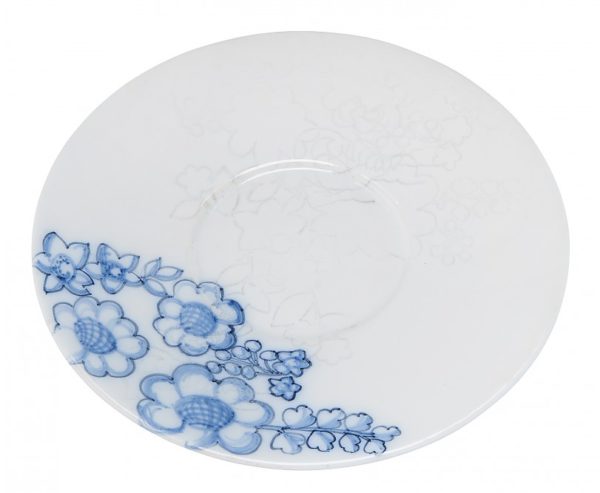 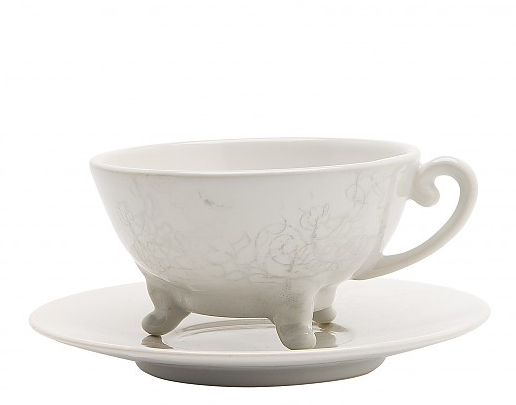 1. Economic activity concerned with the processing of raw materials and manufacture of goods in factories. “new investment incentives for British industry”. 2. An activity or domain in which a great deal of effort is expended. “the Shakespeare industry”. 3. Hard work. “the kitchen became a hive of industry”.

Minutes-Crockery is a tea-and coffee-set made by making new combinations of existing molds. The economic value of crockery is literally translated into the time that the craftsmen in the factory devote to colouring the decorations by hand.

After the first firing an impression of the adornment in grey chalk is put onto the porcelain. It is then coloured by hand and finished off in the kiln. The minutes of painting determine the ornaments as well as the price of the ceramics.

3166 Draft including model of colouring of the interior walls, 2010

3368 Harvesting and drying seaweed in the Seaweed Warehouse, 2017, ongoing

4044 Production of the ceramics of Cleanliness is next to Godliness, 2007

3140 Students of the RCA working in the Noordoostpolder, 2008