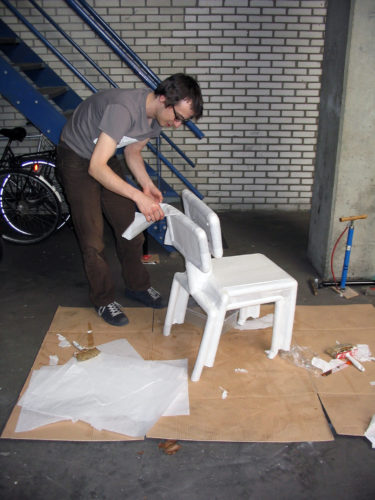 4069 Production of first model of the Stubborn Chair

1. The action of making or manufacturing from components or raw materials, or the process of being so manufactured. “banning the production of chemical weapons”. The process of or management involved in making a film, play, or record. “the film was still in production”. The harvesting or refinement of something natural. “non-intensive methods of food production”.

4044 Cleanliness is next to Godliness

3042 Detail of glazed plate of the Minutes Crockery series, 2002