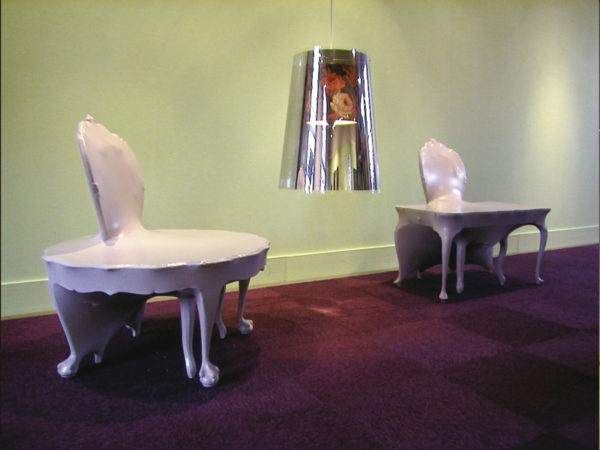 Jurgen Bey (1965), designer. Bey graduated from the Eindhoven Academy of Industrial Design in 1989 with a specialisation in Man and Public Space. His work gained publicity through Droog Design. He reused existing objects and gave them a new life, such as re-coating a chair with a layer synthetic material (Kokon 1999), or giving old pendants a new covering. For the new office of Interpolis, he designed a new version of the armchair which was taken into production by Prooff, a label he created together with SV Interior group. Together with Rianne Makkink, he is working under the name of Studio Makkink & Bey on various projects and products. Bey has taught at amongst others the Royal College of Art in London and is currently director of the Sandberg Instituut.

The office under construction, 1998