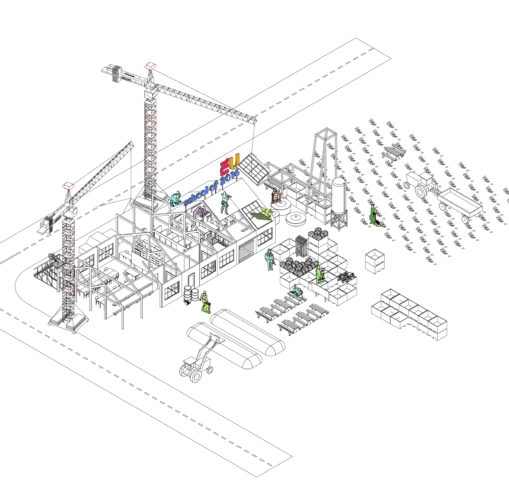 3357 Illustration of school funded through relational gifts of the EU

1. The grounds and buildings of a university or college. “for the first year I had a room on campus”. 2. The grounds of a school, hospital, or other institution.

3368 Producing, processing and studying seaweed in the Seaweed Warehouse, 2017, ongoing