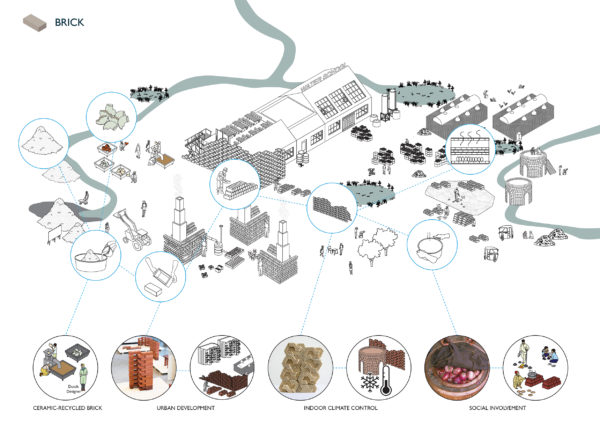 3410 Illustration of the production of Bricks for the Water School 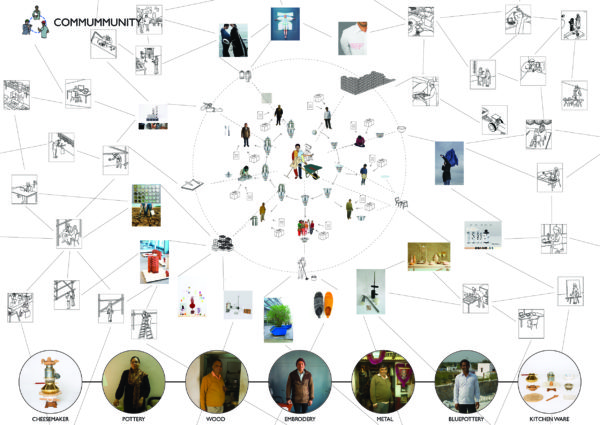 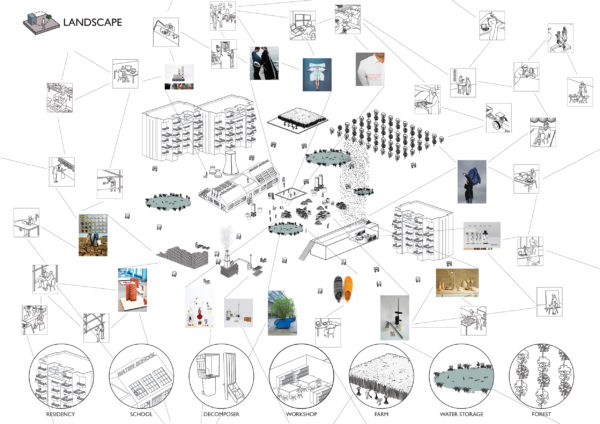 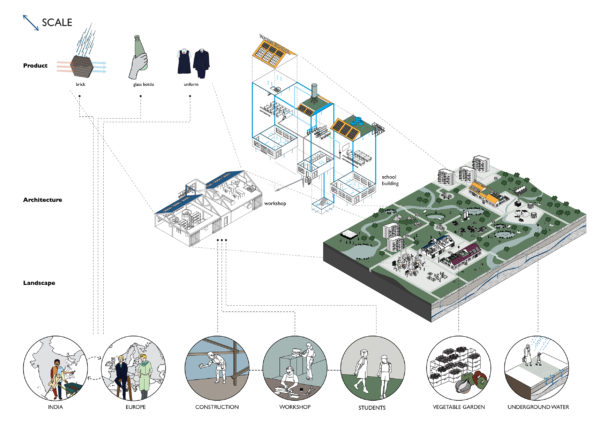 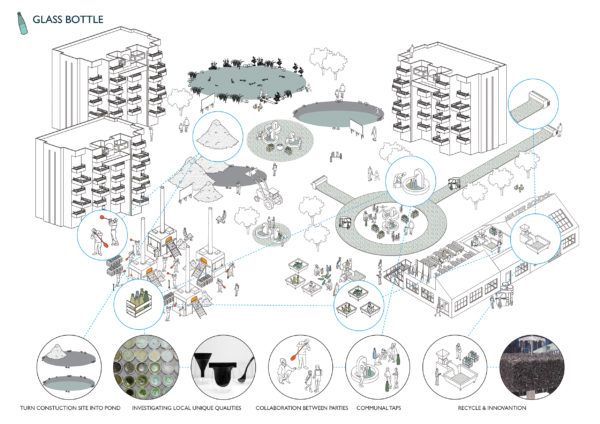 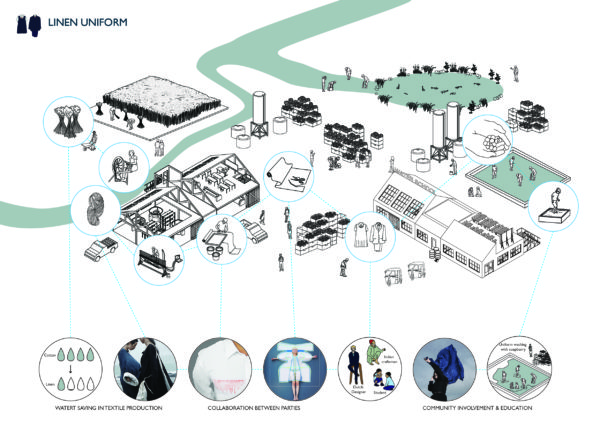 3352 Illustration of a school organized as a Super Collider, 2015