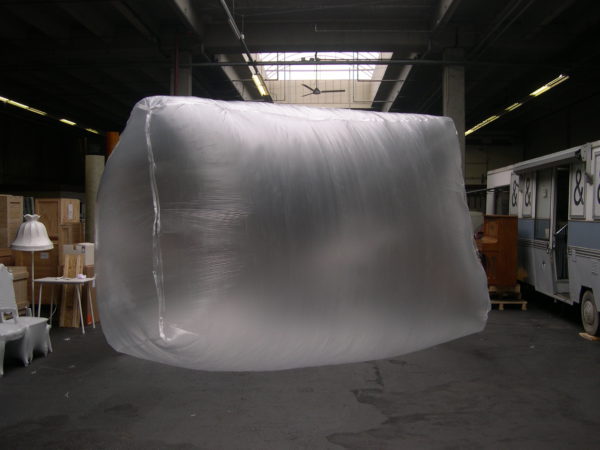 4030 Prototype for the Dust Furniture collection

1. The thin layer of tissue forming the natural outer covering of the body of a person or animal. “I use body lotion to keep my skin supple”. 2. The thin outer covering of a sausage. “if you are using link-sausages, prick the skins well with a fork”. 3. The outermost layer of a structure such as a building or aircraft. “the plane’s skin was ripped apart by the force of the explosion”.

1001 Advertisement for learning whilst sleeping

3166 Draft including model of the entire Balancing Barn, 2010